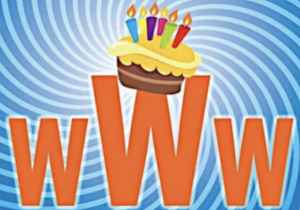 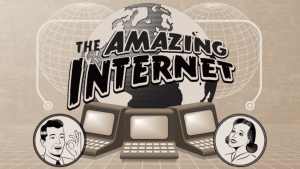 CERN began sharing access with other institutions, and soon opened it up to the general public. In releasing the source code for the project to the public domain two years later, Berners-Lee essentially opened up access to the project to anyone in the world, making it free and (relatively) easy to explore the internet.

Simple Web browsers like Mosaic appeared a short time later, and before long the Web had become by far the most popular system of its kind. Within a matter of years, Berners-Lee’s invention had revolutionized information-sharing and, in doing so, had dramatically altered the way that human beings communicated.

Did you know?  Today, over 1/2 of the world’s 6.8 billion people use the internet regularly.

The creation and globalization of the web is widely considered one of the most transformational events in human history. 4.39 billion people, including you, 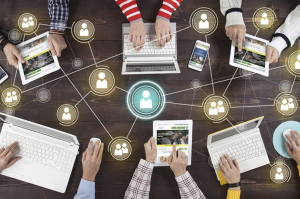 are now estimated to use the internet, accounting for over half the global population. The average American now spends 24 hours a week online. The internet’s rise has been the greatest expansion in information access in human history, has led to the exponential growth in the total amount of data in the world, and has facilitated a spread of knowledge, ideas and social movements that was unthinkable as recently as the 1990s.