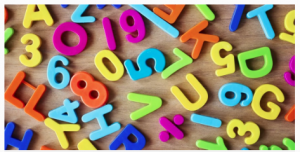 I’ll be the first to admit that I’ve fallen into this trap (more than once…..I may add). Early in my media career, I’d be in-front of a prospect and start having ‘diarrhea of mouth’………throwing out acronyms like: HUTs, PUTs, Ratings, Shares, TSL, TOS, IMPS, CTR, CPM, etc. I (obviously) knew what I was talking about, but 9 times out of 10…….the person sitting across the desk from me would shake their head and smile – pretending that they knew what I was saying as well. I’d be like GREAT, they get it. When what they were really saying was “you’re speaking a foreign language and I’m just gonna nod to make it look like I know what he’s saying”. I’d walk out of that meeting, thinking ‘yes, I nailed it’. Wrong!  But, because of that, I lost more sales than I care to admit. Of course, I did land a few accounts using this ‘flawed’ technique, but as a good friend once told me…..’a broken clock is always right – TWICE a day’ AND ‘even a blind squirrel finds an acorn, once in a while’. After a couple of dozen ‘failures’, I did an inner-search to figure out what went wrong and the answer was clear……it wasn’t the client, it was ME. [...]  Read More